MARK DEMULL
Dr. Mark DeMull is a percussionist and music educator in the Baltimore/DC area. He is active throughout the region as an orchestral player, chamber musician, soloist, and teaching artist.
​
Mark's musical career in Michigan, where he was a faculty member at Alma College and Saginaw Valley State University. During that time, he presented concerts and masterclasses across the Midwest, presenting unique programs which include ambient music, audience interaction, and fresh takes on classic repertoire. He is also active as an orchestral percussionist, and has performed with the Grand Rapids Symphony, the Richmond Symphony Orchestra, and the Virginia Symphony, among others.

Equally versed in chamber music, Mark is a member of the trio MITT3N Percussion, which recently began a series of performances and residencies across the country. He is a passionate advocate of contemporary music, and has been involved in commissions from composers James Wood, Alejandro Viñao, Justin Rito, and Rusty Banks.

Mark presently holds faculty positions at York College of Pennsylvania and the Community College of Baltimore County. His private students have been accepted to the Curtis Institute of Music, New England Conservatory, Juilliard School, Cleveland Institute of Music, Manhattan School of Music, and numerous others. He holds degrees from Alma College and Michigan State University, and recently completed his Doctor of Musical Arts at The Peabody Institute of The Johns Hopkins University, where he studied with Robert van Sice. 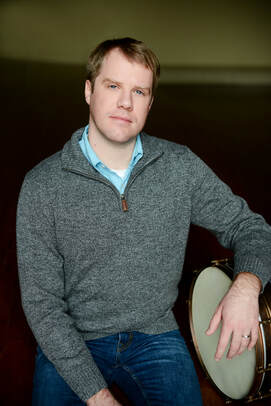